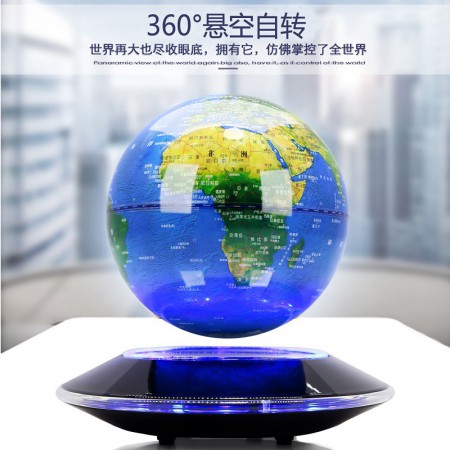 Let something hover, levitate, float and give the illusion of anti-gravity is extremely nice to look, and most of all, to have as a decor ornament that goes well with any style of home and office furnishings.

The Magnetic Levitating Globe is more than just an educational globe it is a conversation starter and it rotates on its own! The Magnetic Levitating Globe technology heralds a breakthrough in the art of magnetic levitation and realistically simulates how the Earth is suspended in outer space. Suspended in mid-air, this 6-inch globe defies gravity, inspiring wonder and amazement in both young and old. It is a great gift for a friend or a loved one, or even yourself! Observe the Earth the way it was meant to be observed actually levitating in space and touching nothing but air! With the Floating Globe, you can recreate how the Earth is magnificently poised in space in your very own home or office. Additionally, it features a LED nightlight that makes it look very cool when turned on in the dark. Once you get the gadget levitating, just give it a little spin with your and watch it rotate for an extended period of time.

-The globe can roll over all by itself thanks to the automatic rotation system. Permanent levitating and auto-rotating 360 degree system.

-It works with an electromagnet and computerized sensor hidden in its display stand causing it to levitate motionlessly in the air.

-The LED light built in the ball is designed for a stable performance, and it can be wirelessly charged by USB cable through the base with lower power consumption. 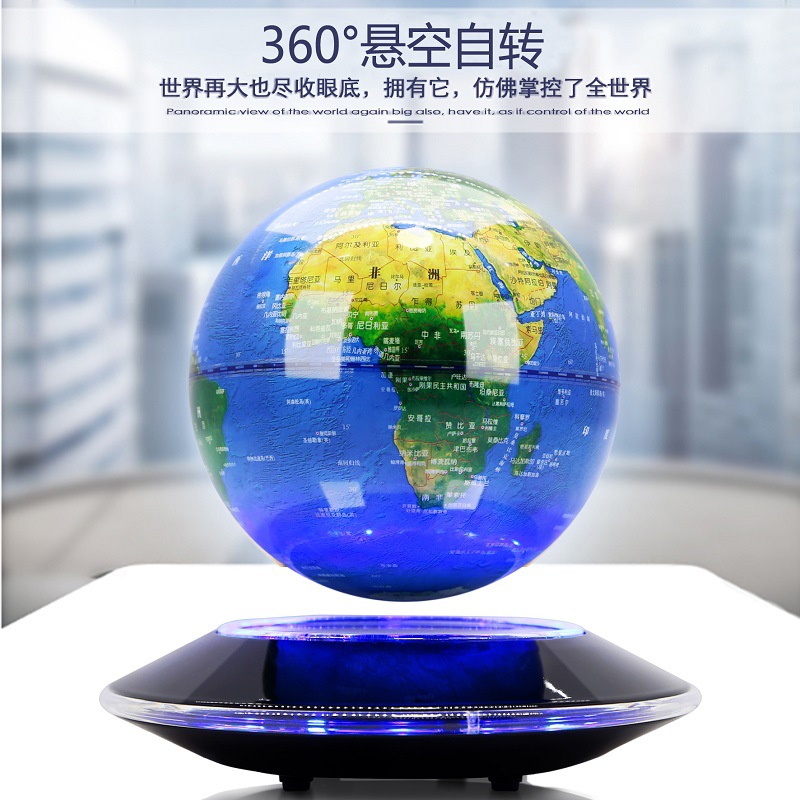 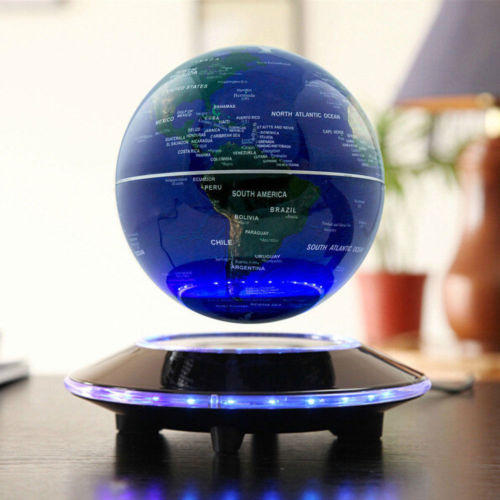 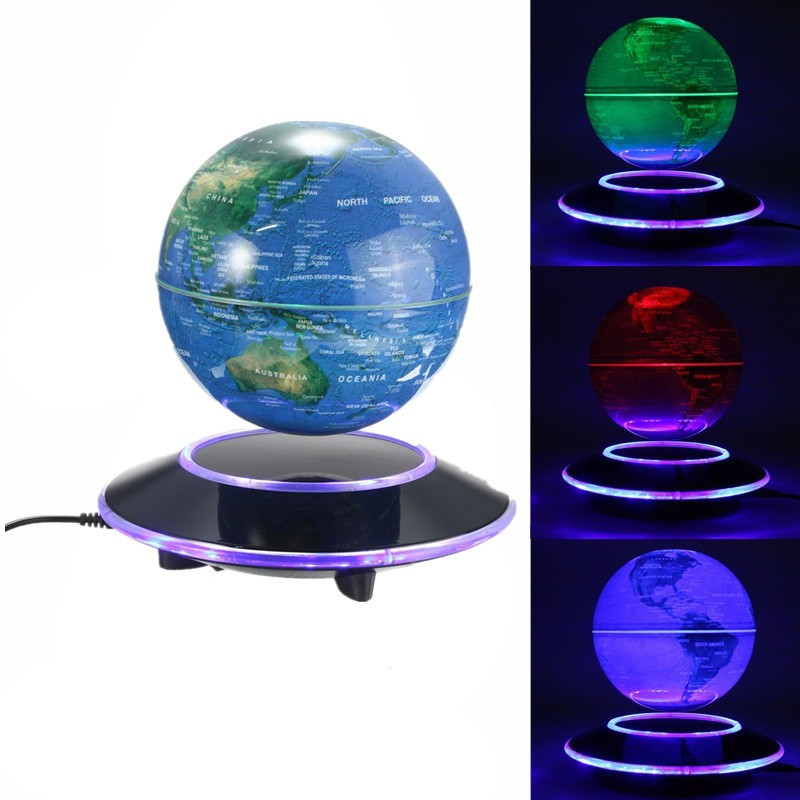 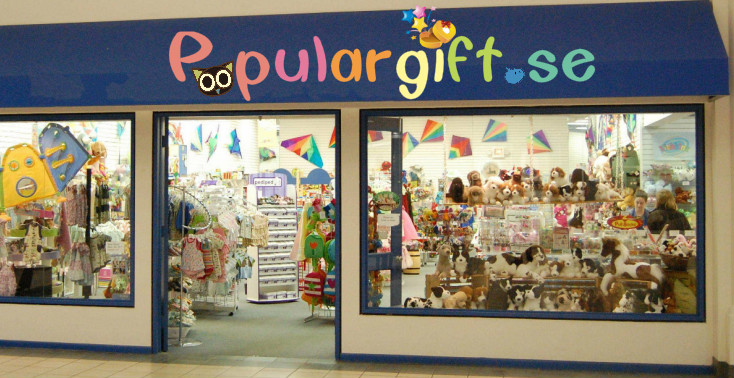